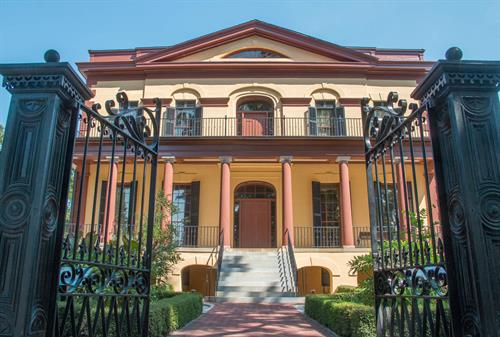 2018 marked the 200th anniversary of the Hampton-Preston Mansion, one of South Carolina’s oldest structures. To commemorate this milestone, we reopened the site last May with an updated interpretation, new exhibits, hands-on interactive elements, expanded public gardens, a new exterior paint scheme and further improvements to the site’s structure and grounds.

This month, residents of Richland and Lexington counties can visit the site for just $1! The tour will be available at 1 p.m., 2:30 p.m. and 4 p.m. Tickets can be purchased at the Gift Shop at Robert Mills, located at 1616 Blanding Street. General admission prices apply for any house tours after the first.

During its years as a private residence, enslaved women made up a significant portion of the sites residents, but left little to no records behind. Their white owners were predominantly women who had few rights of their own, but directed daily operations on the property. Years later the site became home to a women’s college that embraced new found roles and responsibilities for women, and the societal expectations put upon them. Join us at this special Dollar Sunday to learn more about the complicated lives of women associated with Hampton-Preston Mansion throughout the site’s history.