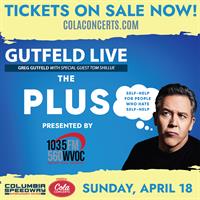 One seating cove is good for up to 4 people 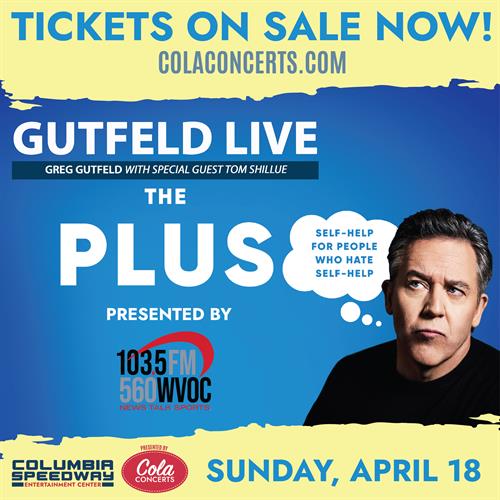 We are committed to keeping all guests, artists & staff safe, to see our full safety procedures, go here: https://colaconcerts.com/safety
the first 50 coves (Rows 1 -5) will receive a special merch package along with their ticket purchase!
Greg Gutfeld has been called “outrageous and outspoken,” neither of which he denies.
Greg is a New York Times bestselling author, libertarian political satirist, humorist and magazine editor. He is the host of The Greg Gutfeld Show and co-host of The Five on Fox News. Prior to joining Fox, Gutfeld was editor of Men’s Health magazine. He later became editor of Stuff magazine, helmed Maxim magazine in the United Kingdom, and was host of the legendary cult TV phenomenon Red Eye. Gutfeld lives in New York City with his wife.
On The Greg Gutfeld Show, Greg parodies current events and converses on key issues and breaking news, with his trademark humor.. Additionally, Gutfeld interviews newsmakers and culture critics on the major headlines of the week.
On The Five, Gutfeld is part of a roundtable ensemble of FNC personalities who discuss, debate and even debunk the hot news stories, controversies and issues of the day.
The Weekly Standard calls him “the most dangerous man on television.” According to the magazine, unlike other media darlings, “Gutfeld’s stuff actually is subversive, a stink bomb hurled into every faculty lounge, mainstream newsroom, movie studio, and nonprofit boardroom in America.”
Hot Deals Member To Member Deals Job Postings